Lt. Col. Henry William Murray (1880-1966)
Soldier and grazier, was born on 1 December 1880 at Evandale, Tasmania. He was an Australian recipient of the Victoria Cross, rising from the rank of private to lieutenant colonel in three and a half years. The historian of the 16th Battalion wrote of him: ‘To Murray belongs the honour of rising from a machine-gun private to the command of a machine-gun battalion of 64 guns, and of receiving more fighting decorations than any other infantry soldier in the British Army in the Great War’.

Read more of his story here

Major General Sir John Gellibrand
Born in 1872 at Ouse Tasmania. A highly distinguished soldier public servant and member of the federal House of representatives. He founded the “Remberance Club” in Hobart in 1922 the forerunner of Legacy . 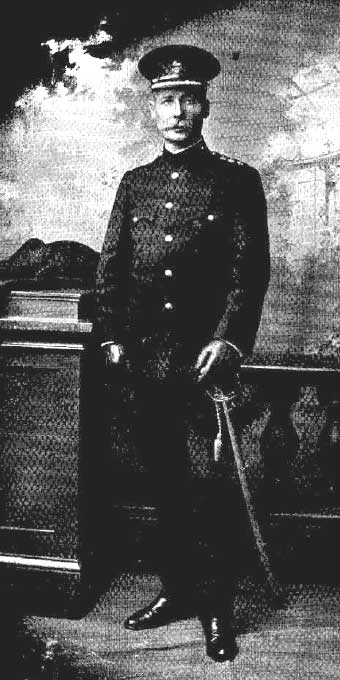 William Vincent Legge (1841-1918)
Soldier and scientist, was born on 2 September 1841 at Cullenswood, near St Marys. During his time as commander Tasmanian Military forces, the forces were entirely reorganized and the batteries defending Hobart were completed and armed with several of the latest types of guns. Legge was a fellow of the Geographical Society and a member of the Zoological Society of London, the Linnean Society and the British and American Ornithologists’ Unions and a founder and president of the Australasian Ornithologists’ Union.

The main barracks gate is currently closed. Please call (03) 6237 7160 when you arrive and a staff member will come to the gate to meet you.

Barrack Tours at other times are available during daylight hours. A minimum of 48 hours notice is required. You can request a Tour here.

The World War 2 exhibit is now open, covering Tasmanians who fought in the Middle East and Pacific Campaigns, and who also toiled in support of the war effort here on the home front.

A series of First World War diaries have been digitised and are now available to view.

Visit the Collections page to read and listen.